Simple Animation Boosts Your Conversions by 30%! (…or Not?)

This is a post I never thought I'd write.

If you know me, you know I don't care for gimmicks. And if some cool new design thing comes along, my first question is inevitably: "what about conversions, though?"

Now, think of every aspect of an opt-in form. Surely, the animation with which it appears is the most gimmicky part of all, right?​

Well, we ran some tests that prove otherwise. Here are our results and the surprising conclusion we draw...

First, let's clarify the term "entry animations". It describes this kind of thing:​

The above is a very typical example of an entry animation for a lightbox opt-in form. It slides into view from the top, while the background fades out behind the overlay.

Entry animations like these can be applied to lightbox opt-in forms, screen fillers and to some extent also slide-in forms.​

A while back, we ran a series of tests on opt-in forms, testing different time delays, trigger settings and various other options (one of the results of this testing led to us busting the exit intent myth, by the way).

Along the way, we also tested different entry animations and the results were surprising:​ 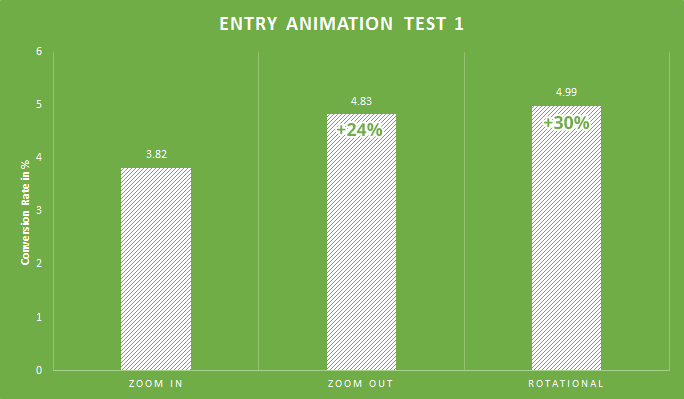 The raw data for this test looks like this: 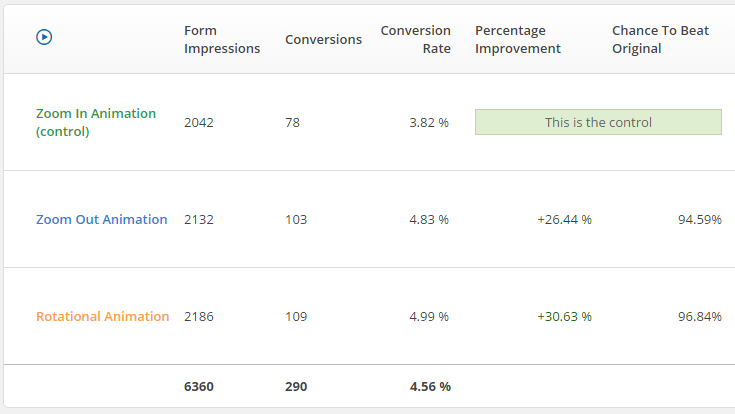 As you can see, the "rotational" animation outperformed the control (zoom in animation) by a good margin.

Keep in mind that everything else about these test variations is identical: same offer, same design, same copy, etc.

I was surprised to see such a big difference in conversion rate made just by the entry animation. To investigate further, we ran a similar test on a different site. Here are the results: 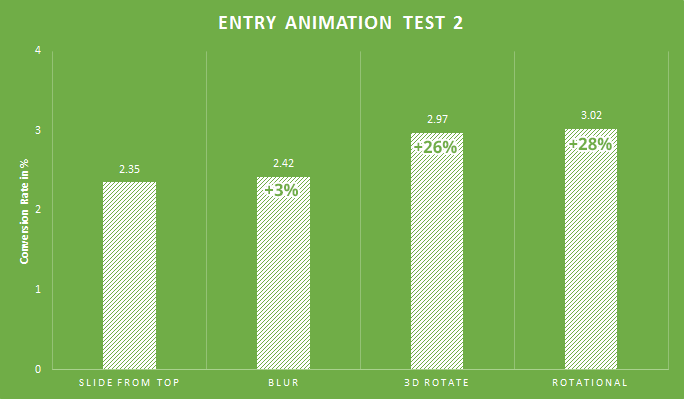 In this case, we're starting with an overall lower conversion rate. The jump from 2.35% (slide in from top) to 3.02% (rotational animation) isn't massive, but it's still a good win. Especially for such a "lazy" test, that doesn't require you to write new copy or make new designs.

​You may have noticed that in both of our test runs, the "rotational" animation turned out to be the winner. That may seem like exciting news, so let me tell you exactly what NOT to do.

If I was a more cunning marketer (or perhaps just more cynical), I'd do this:

Instead, I'm going to tell you that that would be exactly the wrong conclusion to draw from these test results. A/B testing is highly context dependent and just because we found two examples where the rotational animation did well doesn't mean that it's always the best choice.

So, instead of some marketing nonsense, we've made an addition to the Thrive Leads plugin that's actually useful for you:​

In the wake of this data, we decided to add new entry animations that you can choose from in Thrive Leads.

And this one, called "Make Way":

These are just two out of more than 20 animations now available in our plugin. This gives you the option to run your own tests, pitching different eye-catching animations against each other to see which one leads to the highest conversion rates on your site.

I encourage that you test different animations, but I wouldn't recommend it as the first test you run. The potential difference animations make will always be relatively small. It's better to test big, dramatic changes first (e.g. testing different opt-in offers). Then, once you've narrowed in on something that works well, you can start testing small tweaks to further bump up the conversion rate.

I hope this post provides you with some good ideas of how you can make use of entry animations on your site. If you run some tests like these as well, I'd love to hear about your results.

Of course, I also hope that it gives you perspective on the hype train that people like to get on, whenever they see a conversion increase in a case study.​

I'd love to know your thoughts about this and I'm also happy to answer and questions you have. Just leave a comment below.​

Discover How to Take Your List-Building to the Next Level Using Multiple Choice Forms!

Is your email list growing too slow? Learn this 'multiple choice' strategy when you join our newsletter below to get access to this free course. 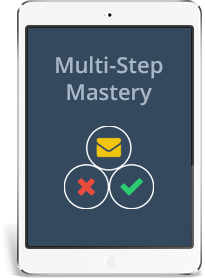 Sign up to join our newsletter and get instant access to the 3-part course. No need to confirm or wait for any emails. Enter your name, best email and a password. Then click the yellow button to go directly to the course.